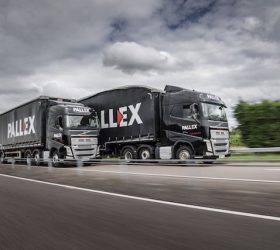 on Nov 12, 20 • by admin • with Comments Off on Pall-Ex accelerates success during first year of new era


Pall-Ex has successfully steered its network into the fast lane during its first 12 months as a member and management owned network, increasing members numbers and freight volume. The logistics giant has welcomed an influx of new hauliers and recorded a 20% increase in shareholder membership enquiries compared to the...
Pin It

Pall-Ex has successfully steered its network into the fast lane during its first 12 months as a member and management owned network, increasing members numbers and freight volume. 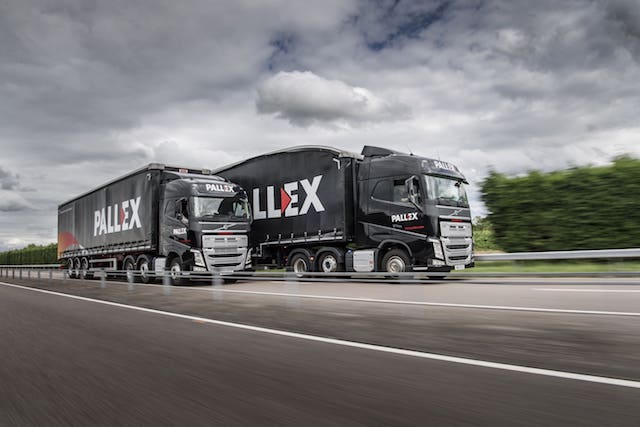 The logistics giant has welcomed an influx of new hauliers and recorded a 20% increase in shareholder membership enquiries compared to the previous year.

Pall-Ex now has over 80 shareholder members and is still growing.

The roster of 15 new members during the last 12 months includes John Thresher Transport based in Bristol, Secure Transport Solutions in Glasgow and Swansea-based Halls Brothers to name but a few.

Pall-Ex Group has also underlined its position as sector leader, acquiring the assets and goodwill of both the Fortec Distribution Network and Cranleigh Distribution Services Limited, while also making a raft of senior management appointments across the Pall-Ex Group.

Despite the on-going challenges of the coronavirus pandemic, Pall-Ex has achieved a freight volume increase of 11%, compared to the sector average of -1.1% recorded by the Association of Pallet Networks (APN).

The freight volume increase is a direct result of Pall-Ex’s six-figure investment in technology, which it plans to build on in the next 12 months.

Its MyNexus system provides sector-leading tracking and visibility, vastly improving the user experience for the B2C market, where the majority of growth has been achieved.

The increase has contributed to another key Pall-Ex UK milestone, as October saw the team move the 20 millionth domestic pallet through its central hub.

Pall-Ex UK also became the first pallet network to earn the Silver Employer Recognition Scheme (ERS) award from the Ministry of Defence for its support of the Armed Forces community by providing ex-military personnel with jobs and training.

Kevin Buchanan, Group CEO at Pall-Ex Group, comments: “We are proud of everything we have accomplished during our first 12 months as a management and member-owned partnership.

“It hasn’t been the year that we anticipated, but despite all the challenges we have faced as a sector, Pall-Ex has successfully negotiated this difficult period for the benefit of our network.

“We have established ourselves as the network of choice for hauliers and underlined our position as the number one network for quality by maintaining steady growth within the B2C market.

“As a Group, we have also seen growth in mainland Europe, with two of our partners relocating to larger central hubs as well as introducing a chilled pallet distribution service that will disrupt the market in Iberia.

“The Pall-Ex Group already moves more than 20,000 per day within the European operations. Over the next 12 months we anticipate further growth within the B2C market and plan to drive our European growth into new territories

“We have demonstrated that Pall-Ex is the network that supports and champions independent hauliers through growth, technology and sector challenges.

“Pall-Ex and Fortec celebrate their 25th anniversary in 2021 and we are confident that this milestone will add further fuel to our organisation’s success.

“We would like to take this opportunity to thank our UK network members and European Partners for their hard work and dedication over the last year.”