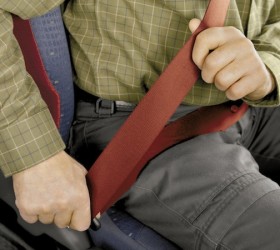 Only half of all truck drivers use the safety belt

on Jan 6, 14 • by admin • with Comments Off on Only half of all truck drivers use the safety belt


The safety belt doubles the chances of survival in a serious road accident. Nonetheless, half of all truck drivers choose not to use their safety belts. That is something that Volvo Trucks wants to change. “If more road users wore their safety belts, more than 7,000 lives would be saved every year in the EU [&hellip...
Pin It

The safety belt doubles the chances of survival in a serious road accident. Nonetheless, half of all truck drivers choose not to use their safety belts. That is something that Volvo Trucks wants to change. 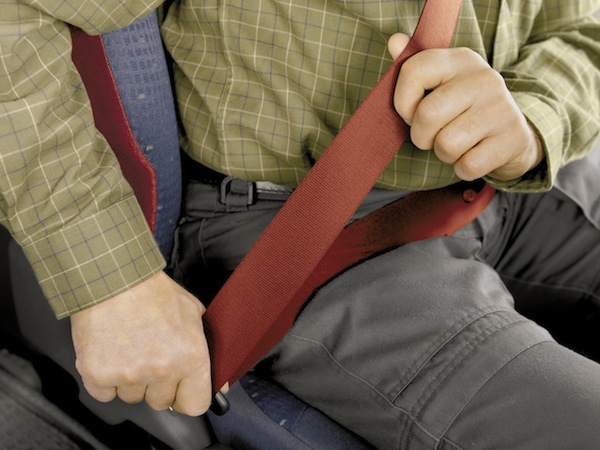 The chances of surviving a serious road accident are doubled if the driver or passenger uses a safety belt. This can be seen, for instance, in the most recent WHO report entitled Global Status Report on Road Safety 2013. The report emphasises increased belt usage as one of the most crucial issues for improving traffic safety. Today there is legislation requiring safety belt usage in 111 countries the world over. As of 2006 compulsory belt use has been required in the EU for both cars and trucks.

“In recent years belt usage has increased among truck drivers, but even so, fewer than half use the safety belt. And that’s despite the fact that both our own and other European research has revealed that at least 50 percent of truck drivers who lost their lives in traffic would have survived if they had been belted in. Of all truck drivers involved in fatal accidents, only five percent were wearing their safety belts,” says Carl Johan Almqvist.

A recent survey conducted by Sweden’s NTF road safety organisation based on observations of more than 700 truck drivers and interviews with more than 200 of them between 2011 and 2013 confirms this picture. Most said they used safety belts when driving a car, but only half did so behind the wheel of their truck. Among the reasons given were that it is difficult, inconvenient or time-consuming to put on and take off the belt.

“Bearing in mind that the safety belt can spell the difference between life and death, these are not particularly credible excuses. At Volvo Trucks we invest considerable resources in the development of accident-prevention systems, but as long as the human factor plays such a big role it will never be possible to entirely eliminate the risk of road accidents. I would therefore encourage both haulage firms and drivers to do what they can to improve safety. The simplest measure of all is naturally to use the single most important safety feature on board – the safety belt.”