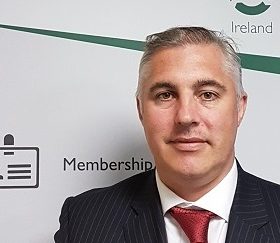 on Mar 25, 18 • by admin • with Comments Off on Lack of Brexit border clarity will stifle economy on both sides says FTAI


While today’s adoption of the proposed Brexit transitional period by the EU27 leaders has been met with cautious optimism by business and politicians, the leading association representing the logistics industry in Ireland has expressed concern that the lack of certainty over the Irish border risks the country’s...
Pin It

While today’s adoption of the proposed Brexit transitional period by the EU27 leaders has been met with cautious optimism by business and politicians, the leading association representing the logistics industry in Ireland has expressed concern that the lack of certainty over the Irish border risks the country’s trading relationships, both at home, with the UK and the rest of the EU. 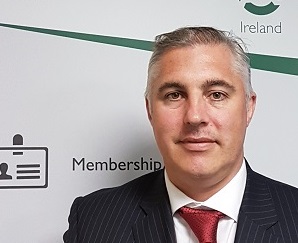 The Freight Transport Association of Ireland (FTAI), which is the most active membership association for the country’s logistics businesses, says that today’s guidelines adopted by the European Council open various avenues for potential customs and regulatory solutions, but anticipate that controls and checks on both sides of the border between the UK and EU will be unavoidable.  In addition, FTAI says, the guidelines do not go far enough in providing guarantees to businesses looking for reassurance on future trading arrangements: the outcome could be damaging to deeply integrated supply chains, which often rely on just-in time production processes.

“Goods moves seamlessly across our borders today,” explains Aidan Flynn, General Manager of FTAI, “with only minimal customs checks and no need for lengthy inspections at the borders that can delay the process.  Even a small delay of two additional minutes per truck could result in tailbacks of 29 miles or 47 kilometres at the borders during peak hours, as demonstrated last week in research published by London’s Imperial College.  This would create uncertainty and potential damage to deeply integrated and time sensitive supply chains.

“Throughout the negotiating process to date, FTAI has been very clear on the need to ensure no barriers to trade with the European Union, and this includes checks imposed on trade at the border, as well as non-tariff barriers and red tape for traders and logistics companies alike.  Ireland’s supply chain is finely balanced and delays experienced by logistics operators while transiting between countries will increase costs, making goods and services more expensive to the end user. This is something which FTAI has been lobbying hard to avoid.

“The guidelines touch upon potential solutions to reduce frictions at the borders, but also make it clear that checks and controls will be unavoidable; limiting non-tariff barriers is favoured by the proposals, but these also mention cumbersome rules of origins and fall short of giving guarantees to traders. To protect trading relationships and deeply connected supply chains, FTAI is urging both negotiating teams to bear in mind the effect of potential delays on economies on the two sides, and to prioritise the scrapping of potential barriers as negotiations on the future relationship start.

“The Irish border issue is a complex one, with many business relationships dependent on a successful conclusion which keeps delays to a minimum. We are under no illusions that negotiations will be complicated and difficult, and we hope that it sits at the top of the agenda when talks resume next week. The uncertainty which businesses are having to operate, without clear direction on future trading relationships is having a destabilising effect which is, and will, stifle future growth in logistics. Politicians owe it to freight operators across Ireland to prioritise the issue as the talks move forwards: two and half years, the time between now and the end of the transition period, is a tiny period of time in business terms, considering the scale of the challenge.”