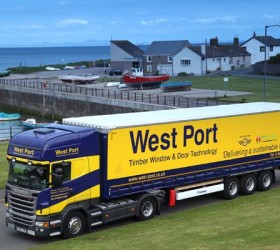 on Jan 21, 13 • by admin • with Comments Off on Dixon chooses Krone Profi Liner


JR Dixon, the Cumbria based family owned transport business, has reported improved utilisation and ease of handling with Krone’s Profi Liner Curtainsider. The company operates from its Workington depot to the city of Tarnobrzeg in South East Poland carrying a mixture of loads including steel and industrial...
Pin It 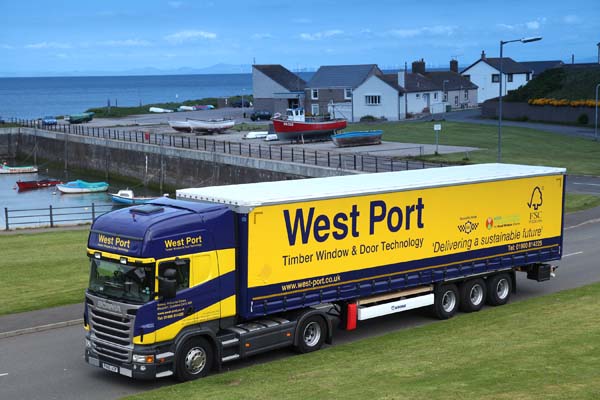 The company operates from its Workington depot to the city of Tarnobrzeg in South East Poland carrying a mixture of loads including steel and industrial bi-products. Additionally JR Dixon transports finished doors and windows in the UK for their customer Westport Windows.

With over 40 years experience, JR Dixon has operated many types of trailer but this is their first Krone Profi Liner curtainsider.

“This trailer” comments Phil Clarke, “has enabled us to maximise our loading potential. We can load steel through the roof much faster and using Krone’s Multi Safe Load Securing system, various other mixed products can be quickly and securely handled.”

Code EN 12642 XL, the European codification for body structure and load securing, comes as standard with Krone curtainsiders and is regarded by Phil Clarke as essential when doing business in Europe.

“Code XL has now become the yard-stick by which curtainsiders are measured. It is not only a certification for structural strength but also for load securing safety and without this, operators will find it hard to do business in Europe and elsewhere.”

The Profi Liner’s Multi-Safe Load Securing system features a multi lashing facility along the side rave which enables upwards of 3000 lashing variations and allows restraining hooks to be attached from the inside while the curtain is closed. This saves time and improves handling for the driver.

Furthermore, by using the cross member supports, the trailer can be split into separate sections to accommodate mixed or groupage loads.

“Ours is a family business with a well established reputation for quality service.” Adds Phil Clarke “Of course, it’s all about due diligence and responsible loading these days and therefore we have chosen the Profi Liner to ensure full safety compliance, while at the same time maximising our loading potential and flexibility of service.”